At twelve o’clock at night, when all was quiet, I began to give orders for the next day, and sent a dispatch to Willcox to encourage Burnside. Sherman was directed to attack at daylight. Hooker was ordered to move at the same hour, and endeavor to intercept the enemy’s retreat if he still remained; if he had gone, then to move directly to Rossville and operate against the left and rear of the force on Missionary Ridge. Thomas was not to move until Hooker had reached Missionary Ridge. As I was with him on Orchard Knob, he would not move without further orders from me.
The morning of the 25th opened clear and bright, and the whole field was in full view from the top of Orchard Knob. It remained so all day. Bragg’s headquarters were in full view, and officers—presumably staff officers—could be seen coming and going constantly. 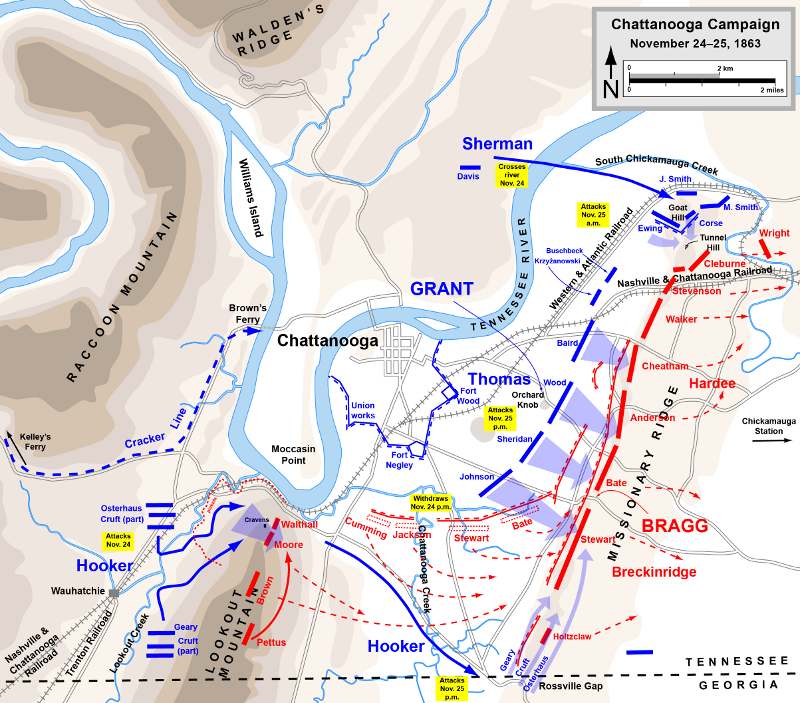